We are delighted to confirm that the draw was made as planned on 17th May for the signed/framed shirts of Darren McGregor and David Gray.

The winner is Ronnie Yule from Dunbar. Ronnie has been a Member of Hibernian Supporters for over four years and has been following Hibs since the early 70’s. As with others he could not believe it when he heard the news that his name had been drawn.

Ronnie said “I was in the East Stand when David headed that Cup winning goal. I think we all experienced an unbelievable range of emotions when the final whistle blew”.

Seen here receiving his signed and framed shirts he added “When Hibernian Supporters was initially proposed to support our Club and secure it’s future, I personally didn’t hesitate to sign up. I can see the improvement on the field and the individuals who give up their time for Hibernian Supporters should be commended”.

No Ronnie, we commend you. 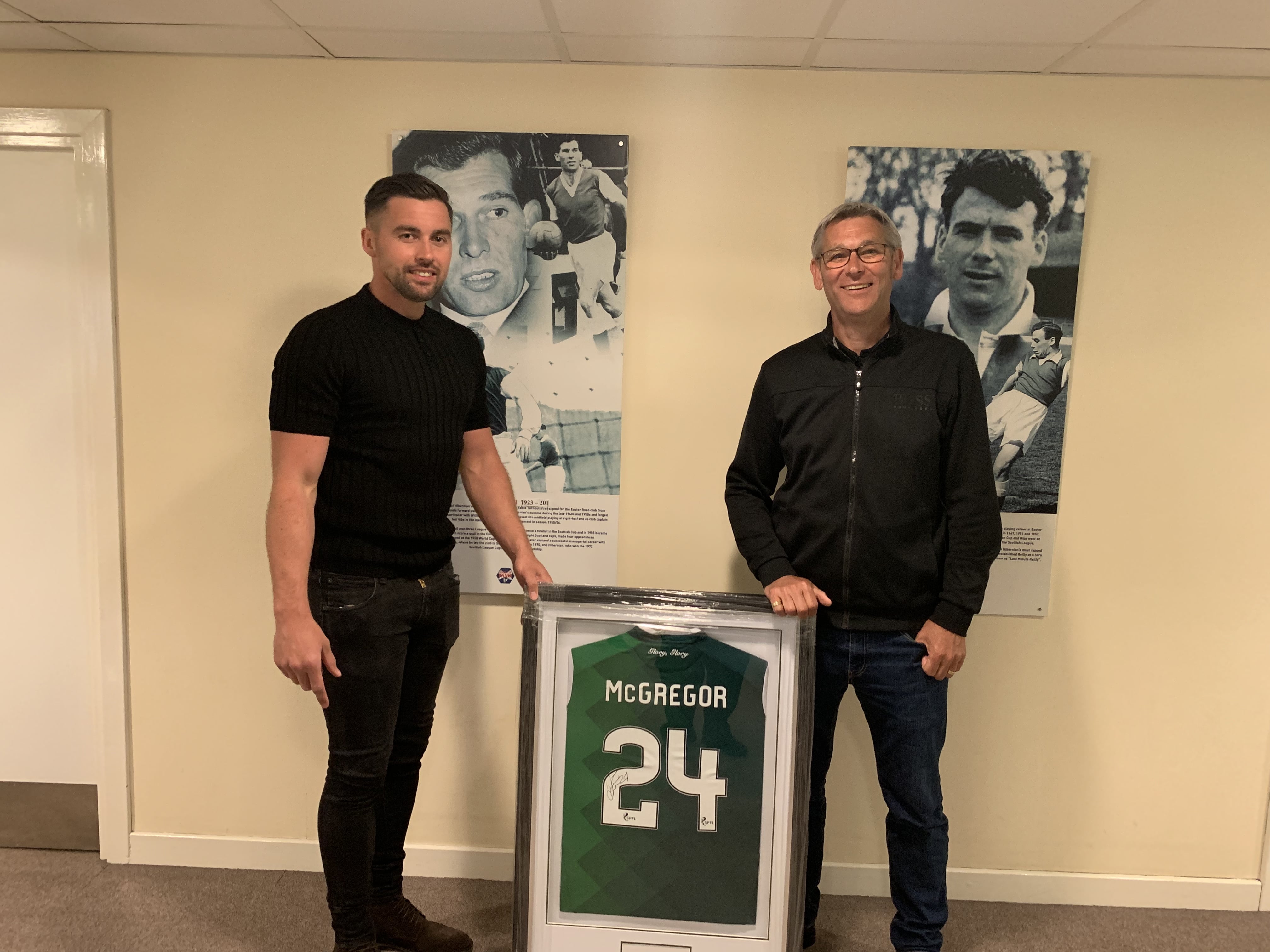 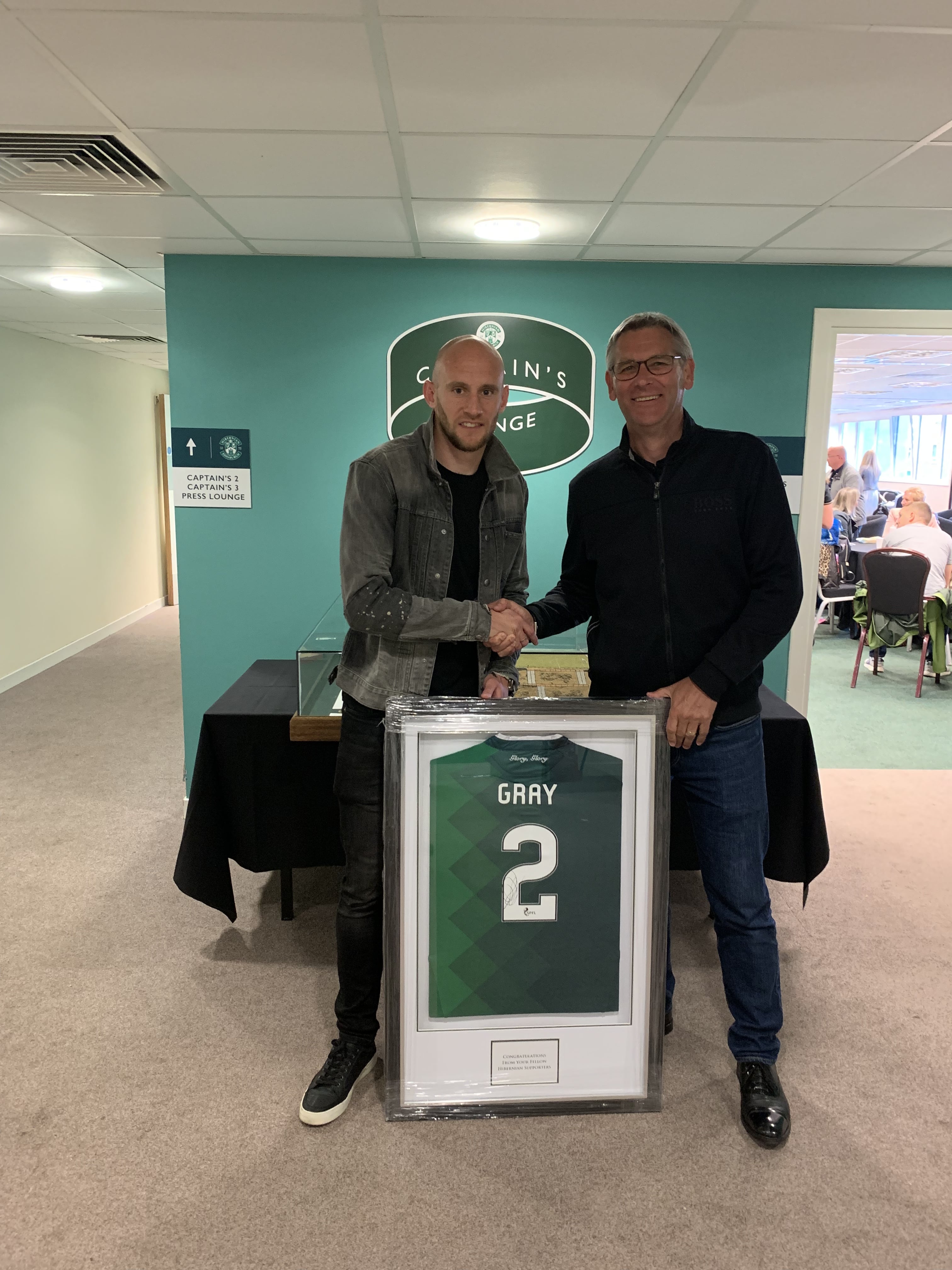