We are delighted to confirm that the draw was made over the weekend for the 2nd Refer a Friend initiative and the winners are Alan and Nick Sharp from Edinburgh. Once again we will leave Alan to explain the rest :

“Nick and I are lifelong Hibs fans and we’re thrilled to have won the draw. One of my earliest and best Hibs supporting memories was being in the directors’ box at Tynecastle (my Grandad was a Hearts director) on New Year’s Day 1973 wearing my Hibs scarf and celebrating each and every one of the seven goals.

Hibernian Supporters is a fantastic way for fans to support the team, with all the money raised going to the manager to improve the playing staff. A regular monthly contribution really helps and there are benefits too. Nick and I went to Molde on a flight chartered by HSL and hopefully the money raised via HSL will help us to another European adventure at the end of the upcoming season.”

There can’t be too many Hibs’ supporters to have viewed that famous match from the Directors box. Nick, great to have you as a new Member, please copy your Dad and spread the word. Both Alan and Nick have chosen Francks as their prize. 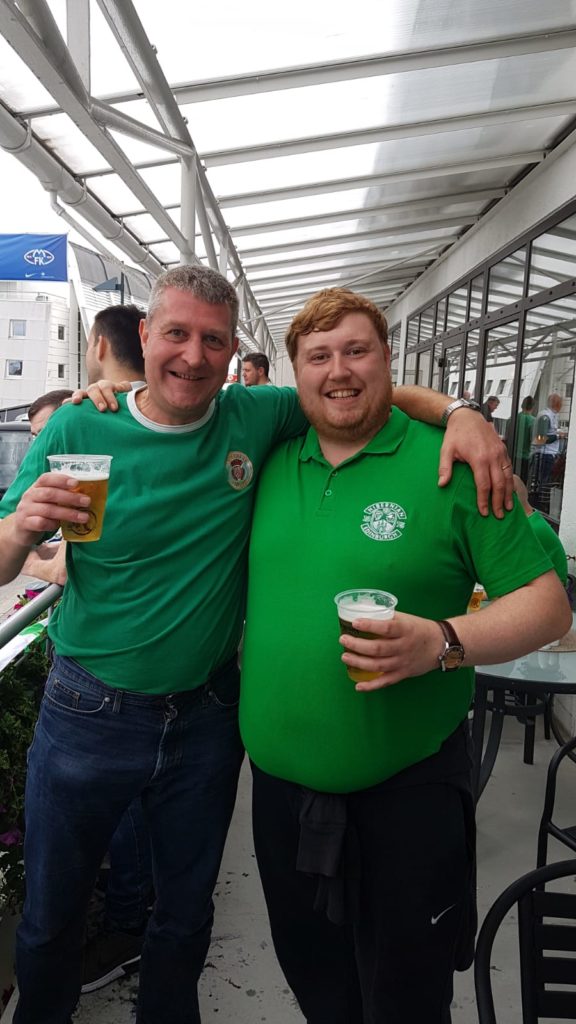